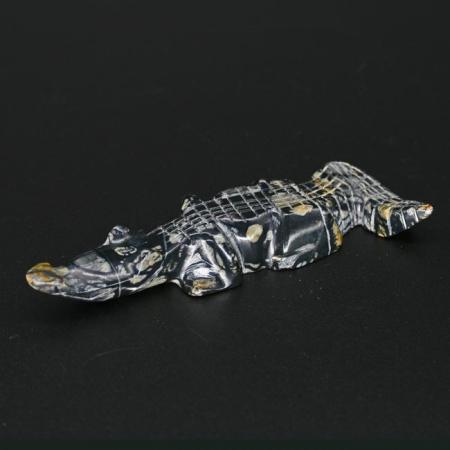 This splendid Alligator is skilfully hand carved from picasso marble by Kenny Chavez. Alligator measures 8cm in length. Alligator is seldom found amongst Zuni fetish carvings and this alligator is therefore quite a rare piece.

This splendid Alligator is skilfully hand carved from picasso marble by Kenny Chavez. Alligator measures 8cm in length. Alligator is seldom found amongst Zuni fetish carvings and this alligator is therefore quite a rare piece.