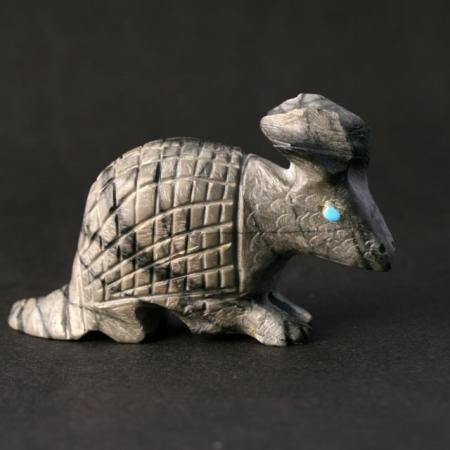 This busy looking armadillo fetish is skilfully hand carved from grey picasso marble by Dane Malani. It measures 65mm from nose to tail and 35mm in height.

Armadillo is the keeper of the home. He is slow and sure and gets things done correctly. He is thick skinned and reserved. He represents variety in a person’s inner life.

This busy looking armadillo fetish is skilfully hand carved from grey picasso marble by Dane Malani. It measures 65mm from nose to tail and 35mm in height.

Armadillo is the keeper of the home. He is slow and sure and gets things done correctly. He is thick skinned and reserved. He represents variety in a person’s inner life.