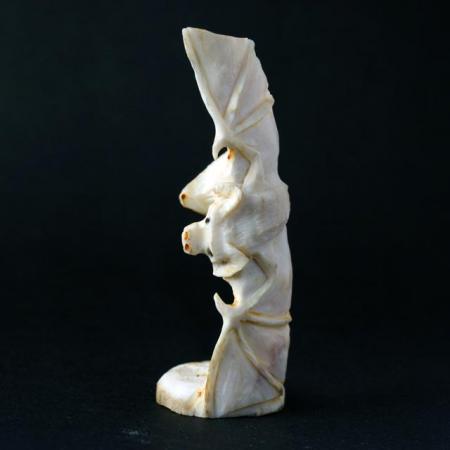 This flying bat fetish is hand carved from antler by Lewis Malie. This marvellous bat measures 65mm in height / wingspan.

This flying bat fetish is hand carved from antler by Lewis Malie. This marvellous bat measures 65mm in height / wingspan.