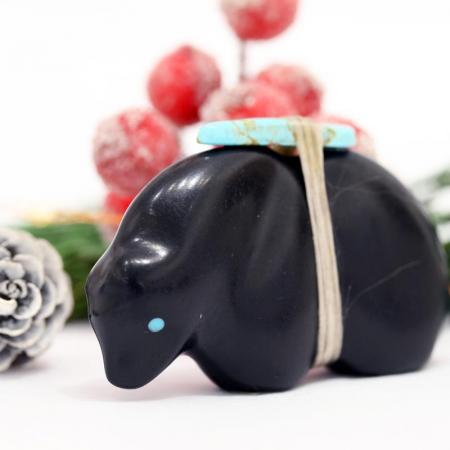 Beautiful black Bear fetish carving handmade from jet by Herb Halate. This fetish carving measures 5.8cm in length and 3.5cm in height and is protected by a hand carved turquoise arrowhead.

Black Bear fetish carving handmade from jet by Herb Halate. This fetish carving measures 5.8cm in length and 3.5cm in height and is protected by a hand carved turquoise arrowhead.