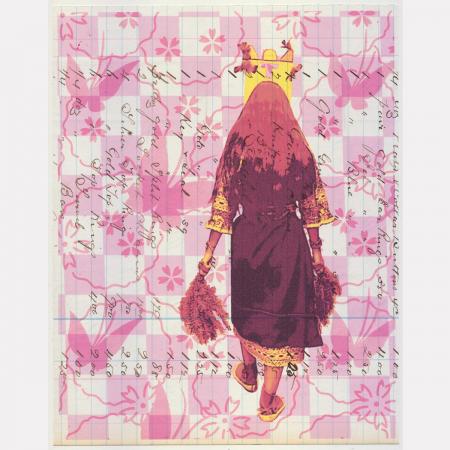 This print depicts a Jemez Pueblo dancer (daughter of the artist) dressed for a traditional ceremonial dance.