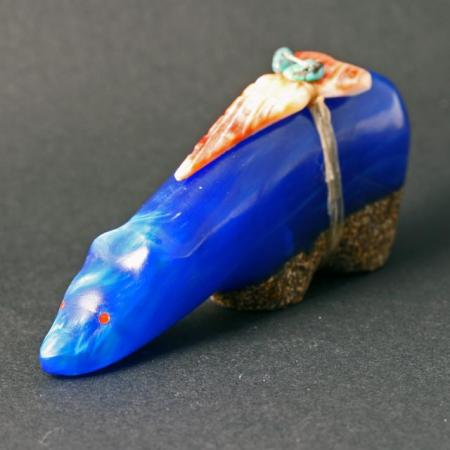 A splendid example of Native resourcefulness and environmental concern, this vibrant blue bear is carved from a recycled bowling ball, a material humorously dubbed ‘bowlerite’. Blue Bear measures 91mm from nose to rump and is adorned with a shell arrowhead for protection.

A splendid example of Native resourcefulness and environmental concern, this vibrant blue bear is carved from a recycled bowling ball, a material humorously dubbed ‘bowlerite’. Blue Bear measures 91mm from nose to rump and is adorned with a shell arrowhead for protection.