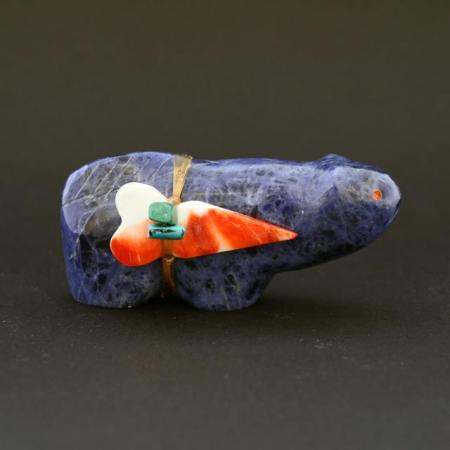 The Zuni People are known for their fine pottery, jewellery and also for traditional, miniature animal and bird carvings known as ‘fetishes’. This big cat carving is a fine example. A fetish is a ritual object, empowered by ceremony and imbued with spirits. Such power objects are believed to assist in healing, hunting, fertility and protection.