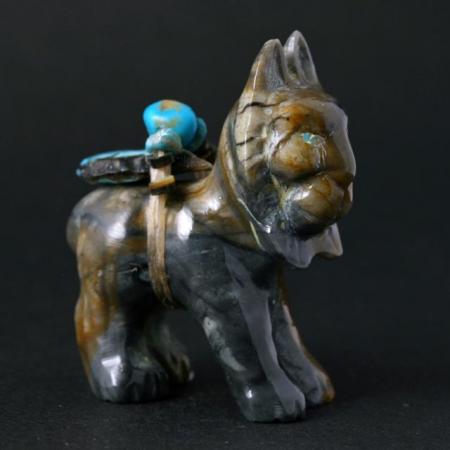 This distinguished Bobcat fetish is hand carved from picasso marble by Fernando Laiwakete. Bobcat is protected by a turquoise arrowhead and adorned with offerings of turquoise beads. Bobcat stands 40mm tall.

This distinguished Bobcat fetish is hand carved from picasso marble by Fernando Laiwakete. Bobcat is protected by a turquoise arrowhead and adorned with offerings of turquoise beads. Bobcat stands 40mm tall.