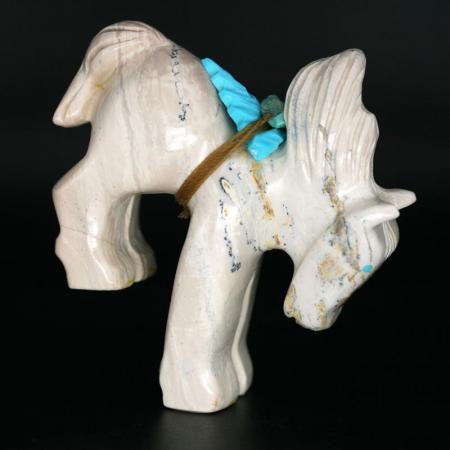 This dramatic bucking Horse fetish carving is hand hewn from fishrock serpentine by Douglas Martza. Horse stands 6.5cm in height and is protected by a carved turquoise arrowhead.

This dramatic bucking Horse fetish carving is hand hewn from fishrock serpentine by Douglas Martza. Horse stands 6.5cm in height and is protected by a carved turquoise arrowhead.