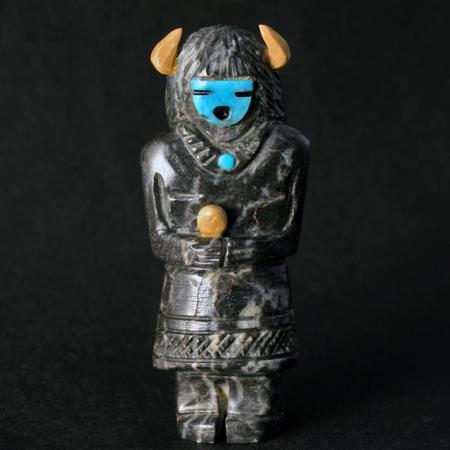 Zuni Pueblo Buffalo Dancer hand carved by Faye Quandelacy. This traditional Buffalo dancer is hewn from marble, turquoise and Zuni rock. He stands 7cm tall and holds a rattle in his hands.

Zuni Pueblo Buffalo Dancer hand carved by Faye Quandelacy. This traditional Buffalo dancer is hewn from marble, turquoise and Zuni rock. He stands 7cm tall and holds a rattle in his hands.