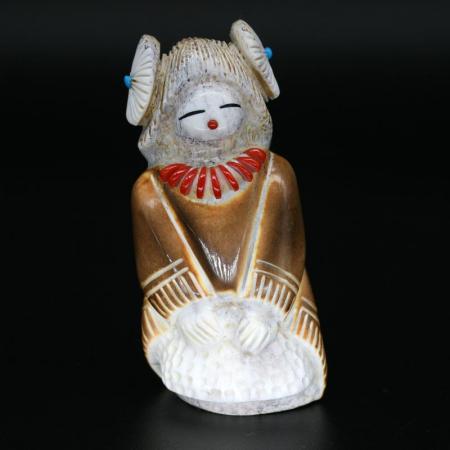 This enchanting corn grinder maiden is carved from antler by Claudia Pena. She is adorned with a red coral necklace and turquoise hair ornaments. Corn grinder is kneeling to grind the corn, measuring 7cm in height.

This enchanting corn grinder maiden is carved from antler by Claudia Pena. She is adorned with a red coral necklace and turquoise hair ornaments. Corn grinder is kneeling to grind the corn, measuring 7cm in height.