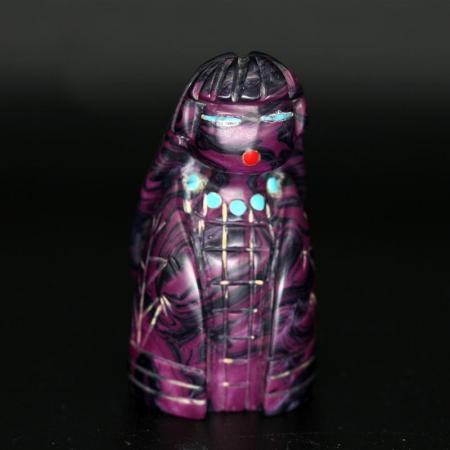 A splendid example of Native resourcefulness and environmental concern, this purple Corn Maiden fetish is carved from a recycled bowling ball, a material humorously dubbed ‘bowlerite’. Corn Maiden stands 4.5cm in height and is with turquoise and coral.

A splendid example of Native resourcefulness and environmental concern, this purple Corn Maiden fetish is carved from a recycled bowling ball, a material humorously dubbed ‘bowlerite’. Corn Maiden stands 4.5cm in height and is with turquoise and coral.