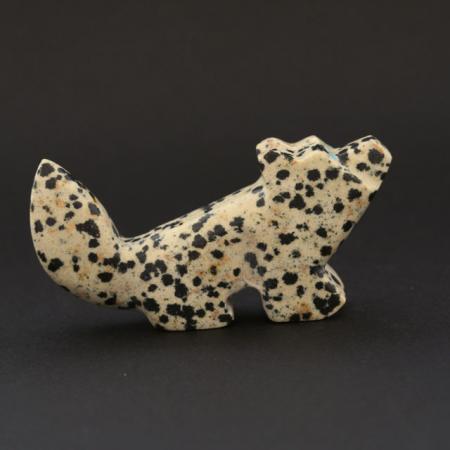 COYOTE is called “the trickster” in numerous cultures. Life, however, is the real trickster and Coyote understands this. By accepting situations as they are and dealing with the unexpected willingly and eagerly, Coyote survives. Coyotes shows us that life is unpredictable and uncontrollable and that unexpected occurrences can be viewed as opportunities, not misfortunes. Coyote’s wisdom teaches us to live in the moment, laugh at ourselves and wonder at it all.