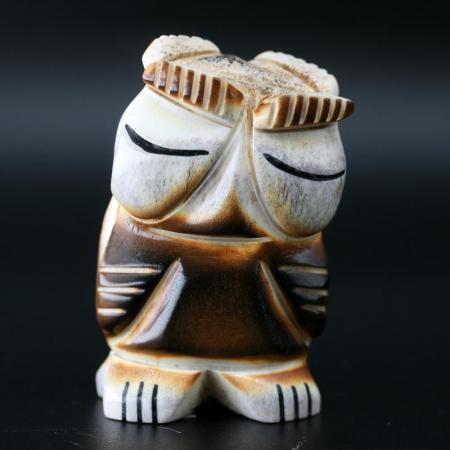 This adorable day and night owl is hand carved from antler by Claudia Peña. The owl has two faces, a sleeping day time face and a Night time face with bright turquoise eyes and a rather startled expression. Owl measures 5.5cm in height.

This adorable day and night owl is hand carved from antler by Claudia Peña. The owl has two faces, a sleeping day time face and a Night time face with bright turquoise eyes and a rather startled expression. Owl measures 5.5cm in height.