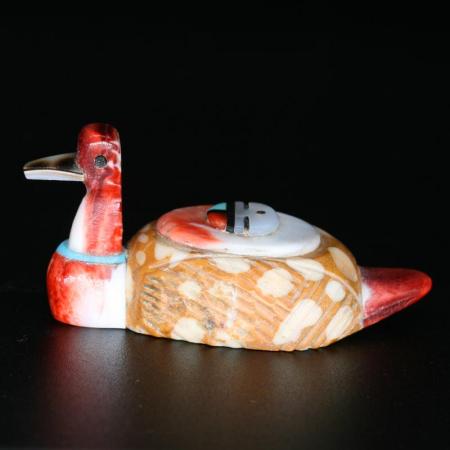 This characterful Zuni duck fetish carving is handmade from tigilite and shell by Darren Boone. Duck fetish measures 5cm in from beak tip to tail feathers and 2.5cm in height.

This characterful Zuni duck fetish carving is handmade from tigilite and shell by Darren Boone. Duck fetish measures 5cm in from beak tip to tail feathers and 2.5cm in height.