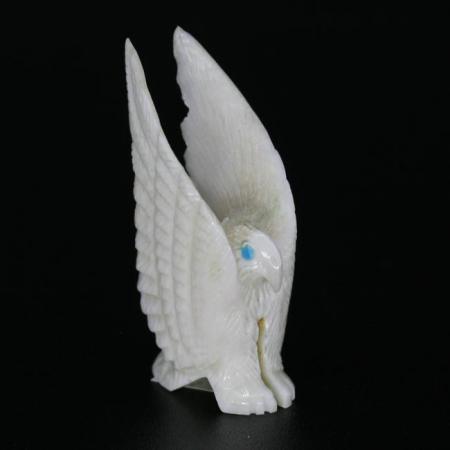 This miniature Zuni eagle landing is expertly hand carved from antler by Elfina Hustito. Eagle measures 33m in height to the tip of the wings.

This miniature Zuni eagle landing is expertly hand carved from antler by Elfina Hustito. Eagle measures 33m in height to the tip of the wings.