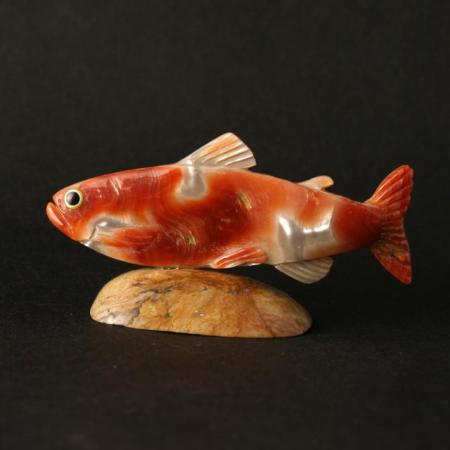 This shimmering Salmon fetish is hand carved from spiny oyster shell by Lloyd Tsalabatie. This splendid fish measures 60mm from mouth to tail fin and 32mm in height.

This shimmering Salmon fetish is hand carved from spiny oyster shell by Lloyd Tsalabatie. This splendid fish measures 60mm from mouth to tail fin and 32mm in height.