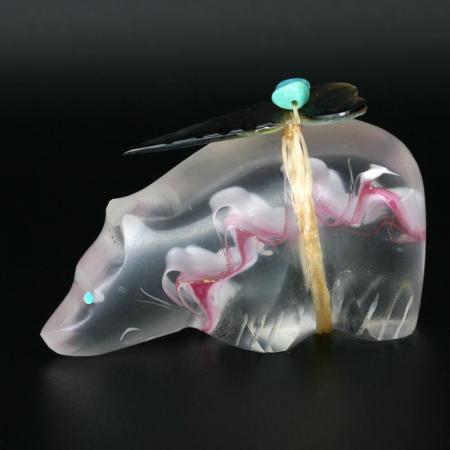 Unique Bear carved from recycled glass by Leland Boone. This enchanting glass bear is protected by a beautifully carved arrowhead of black-lip mother of pearl and turquoise beads. Bear stands 4cm in height and measures 6.2cm from nose to rump.