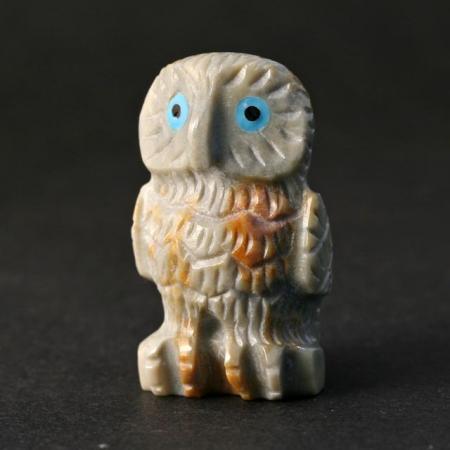 This grey owl is hand carved from picasso marble by Christine Banteah. The owl has bright turquoise eyes and a rather startled expression. Grey owl measures 3.5m in height.

This grey owl is hand carved from picasso marble by Christine Banteah. The owl has bright turquoise eyes and a rather startled expression. Grey owl measures 3.5m in height.