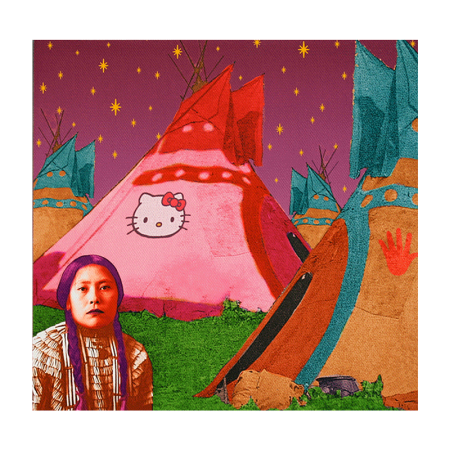 Hello Kitty is a fictional Japanese character created in the 1970’s. Hello Kitty has been used to sell vast amounts of merchandise and is still popular today.
The use of Hello Kitty in this piece addresses the commodification of Native American cultures and the fictitious ideas that predominate about who Native Americans are.