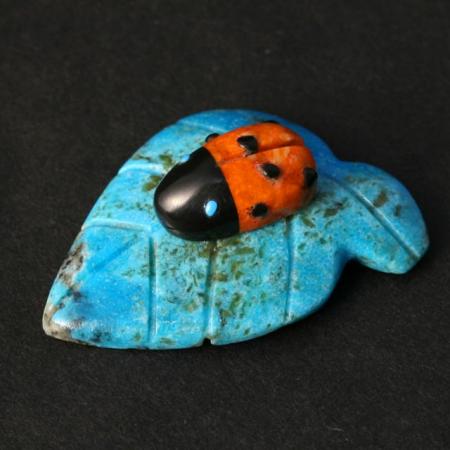 Ladybird on Leaf by Georgette Quam

This delightful ladybird is lovingly hand made from apple coral and black jet and sits on a leaf of bright blue turquoise all hand carved by Georgette Quam. The leaf measures 38mm in length and 27mm across. The ladybird measures 17mm in length.

This delightful ladybird is lovingly hand made from apple coral and black jet and sits on a leaf of bright blue turquoise all hand carved by Georgette Quam. The leaf measures 38mm in length and 27mm across. The ladybird measures 17mm in length.