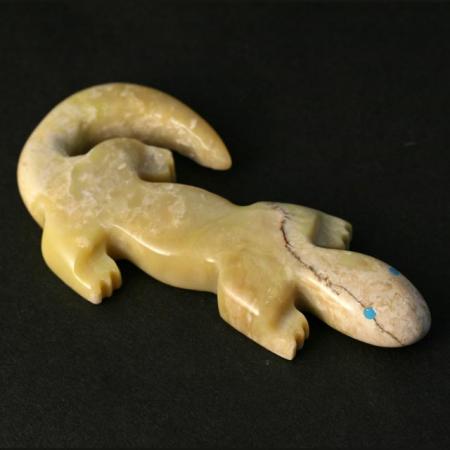 This friendly lizard fetish is carved from pale green serpentine by Cameron Nasatcio. The lizard is a reminder of our collective journey as human beings, of progress but also of what we have lost. This Zuni lizard fetish has bright turquoise eyes and measures 7cm in length.

This friendly lizard (Misho) fetish is carved from pale green serpentine by Cameron Nasatcio. The lizard is a reminder of our collective journey as human beings, of progress but also of what we have lost. This Zuni lizard fetish  has bright turquoise eyes and measures 7cm in length.