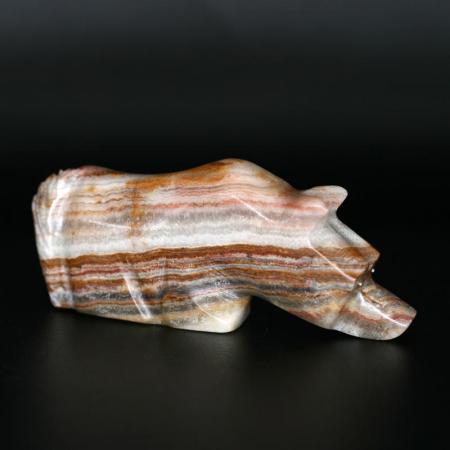 This splendid onyx Wolf fetish is hand carved by Kenny Chavez. Onyx wolf measures 7.5cm from nose to tail and 3cm in height.