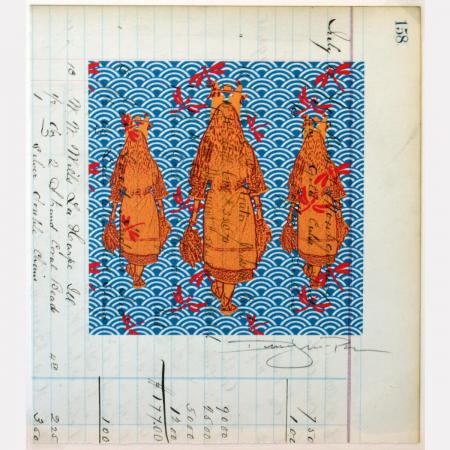 Prayers for Water by Debra Yepa-Pappan

This print depicts a Jemez Pueblo dancer (daughter of the artist) dressed for a traditional ceremonial dance. This image references the prayers and support of the Jemez Pueblo people alongside other tribes for the Standing Rock Indian Reservation during the Dakota Access Pipeline protests of 2016-2017.