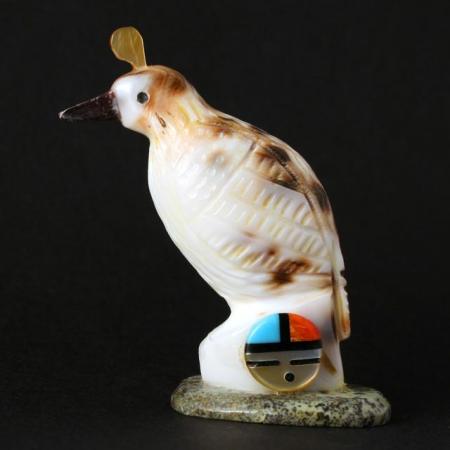 This charming quail fetish is carved from cowrie shell by Darren Boone. The quail has a splendid mother of pearl crest and is adorned with a Zuni sun face of turquoise, coral, mother of pearl and black jet. Quail stands 66mm tall.

This charming quail fetish is carved from cowrie shell by Darren Boone. The quail has a splendid mother of pearl crest and is adorned with a Zuni sun face of turquoise, coral, mother of pearl and black jet. Quail stands 66mm tall.