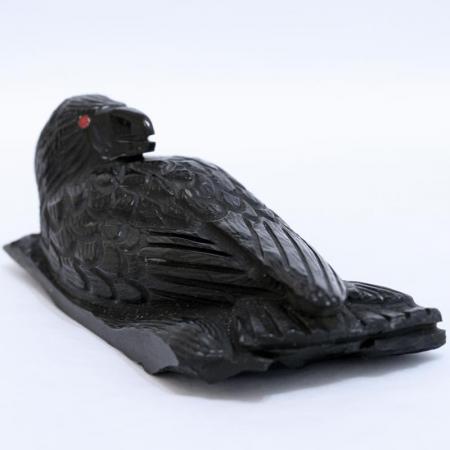 Raven is clever, magical and represents a change in consciousness. Raven is a messenger of mystery and guides us through dark times. Birds travel free and far carrying messages back and forth between the powers of nature, human beings and their fellow creatures.

Raven is clever, magical and represents a change in consciousness. Raven is a messenger of mystery and guides us through dark times. Birds travel free and far carrying messages back and forth between the powers of nature, human beings and their fellow creatures.