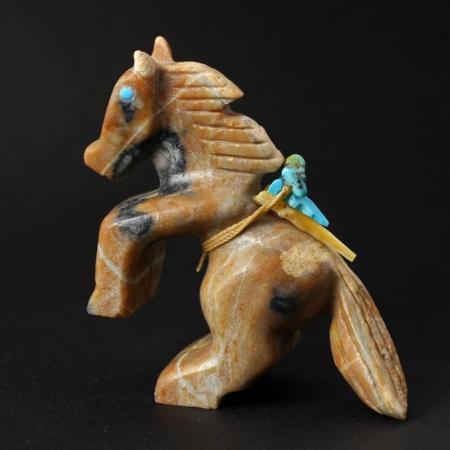 This impressive rearing Horse fetish is hand carved from picasso marble by Douglas Martza. This Zuni horse is protected with arrowheads of Turquoise and mother of pearl and adorned with offerings of turquoise beads. Rearing Horse stands 60mm in tall.

This impressive rearing Horse fetish is hand carved from picasso marble by Douglas Martza. This Zuni horse is protected with arrowheads of Turquoise and mother of pearl and adorned with offerings of turquoise beads. Rearing Horse stands 60mm in tall.