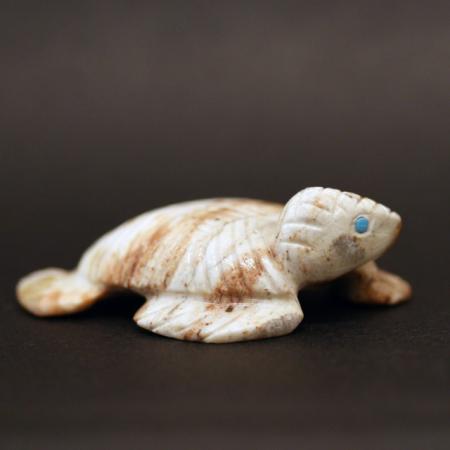 Zuni carver Amanda Sintza has hand crafted this Turtle fetish from onyx. The turtle shell has markings carved in the four directions. Turtle measures 4.5cm from head to tail.

Zuni carver Amanda Sintza has hand crafted this Turtle fetish from onyx. The turtle shell has markings carved in the four directions. Turtle measures 4.5cm from head to tail.