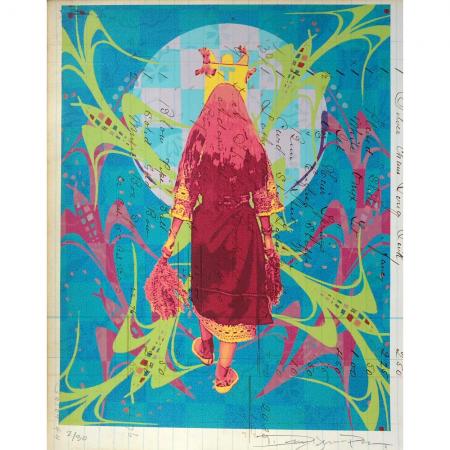 This print ‘Whirling Corn Maiden’ depicts a Jemez Pueblo dancer (daughter of the artist) dressed for a traditional corn dance. She carries spruce boughs and wears a traditional manta (dress), tablita (crown) and moccasins. The layered imagery includes ears of corn and corn pollen over a background of asian paper design and antique ledger paper referencing the mixed ancestry of the dancers parents.