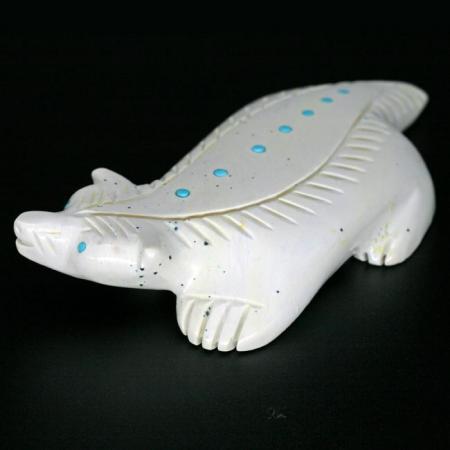 This handsome white Badger fetish is hand carved from fishrock serpentine inlaid with turquoise. Badger measures 12cm from nose to tail, 6cm in width and 2.4cm in height.

This handsome white Badger fetish is hand carved from fishrock serpentine by Daniel Westika. White Badger is adorned with bright blue turquoise inlay. This Zuni badger fetish measures 12cm from nose to rump, 6cm in width and 2.4cm in height.