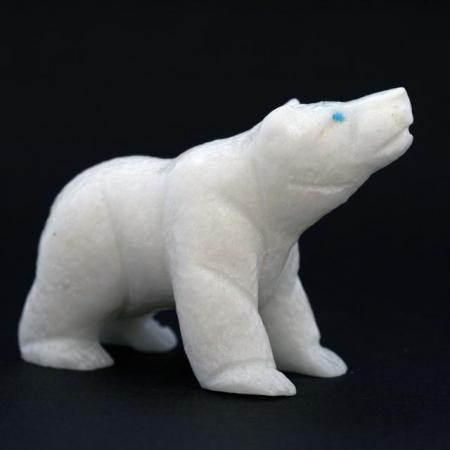 White Bear Fetish by Herb Him

This white bear fetish is carved from white marble by Herb Him. This splendid Zuni bear measures 4.5cm in height and 6cm in length.

This white bear fetish is carved from white marble by Herb Him. This splendid Zuni bear measures 4.5cm in height and 6cm in length.