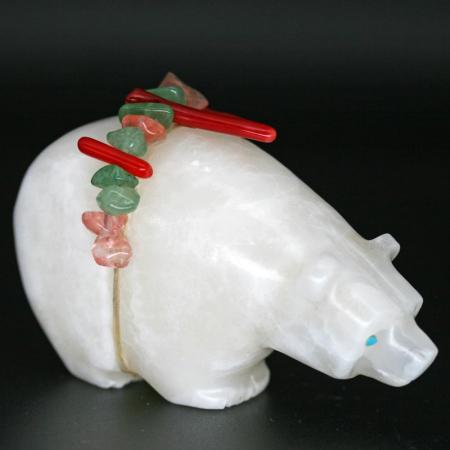 This magnificent Bear fetish carving is handmade from white alabaster rock  by Farlan & Paulette Quam. White Bear is adorned with a splendid array of Mediterranean red coral and crystal beads. Bear measures 7cm in from nose to rump and stands 4.5cm in height.

This magnificent Bear fetish carving is handmade from white alabaster rock  by Farlan & Paulette Quam. White Bear is adorned with a splendid array of Mediterranean red coral and crystal beads. Bear measures 7cm in from nose to rump and stands 4.5cm in height.