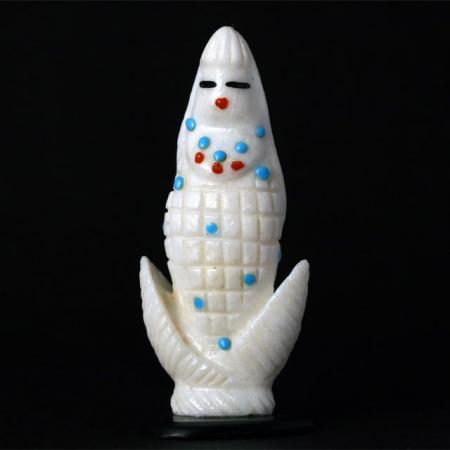 This enchanting white corn maiden is carved from white marble by Michael Laweka. She is adorned with turquoise and red coral. This corn maiden stands 67mm tall.

This enchanting white corn maiden is carved from white marble by Michael Laweka. She is adorned with turquoise and red coral. This corn maiden stands 67mm tall.