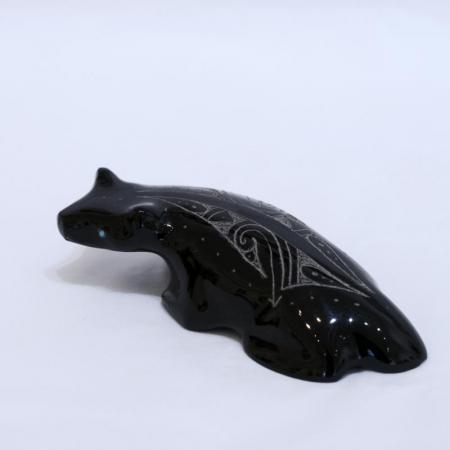 This splendid Zuni Badger fetish has bright turquoise eyes and is carved from black marble by Garrick Acque. The Badger is engraved with designs on his back. This Zuni Badger measures approx. 7cm in length.

This splendid Zuni Badger fetish has bright turquoise eyes and is carved from black marble by Garrick Acque. The Badger is engraved with designs on his back. This Zuni Badger measures approx. 7cm in length.