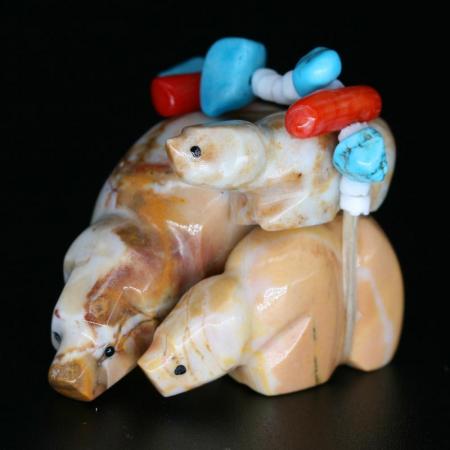 This adorable Zuni bear family is hand carved from tigilite rock by Ed Lementino. This fetish carving measures 4cm in length and 3.55cm in height. The bears are protected by offerings of turquoise, coral and white shell, symbolic of water and life.

This adorable Zuni bear family is hand carved from tigilite rock by Ed Lementino. This fetish carving measures 4cm in length and 3.55cm in height. The bears are protected by offerings of turquoise, coral and white shell, symbolic of water and life.