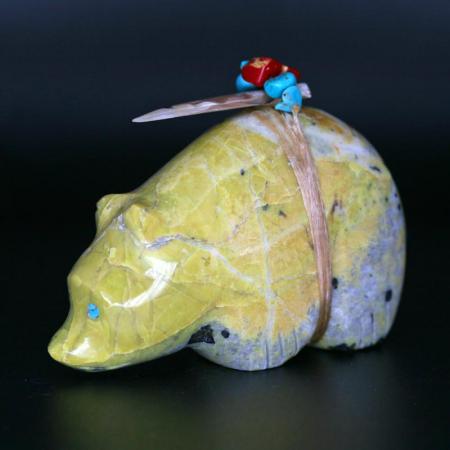 Old style Zuni Bear fetish carving handmade from argite serpentine by Leland Boone. This splendid bear measures 6.5cm in length and 4.5cm in height and is protected by a hand carved mother of pearl arrowhead with turquoise and red coral, symbolic of water and life.

Old style Zuni Bear fetish carving handmade from argite serpentine by Leland Boone. This splendid bear measures 6.5cm in length and 4.5cm in height and is protected by a hand carved mother of pearl arrowhead with turquoise and red coral, symbolic of water and life.