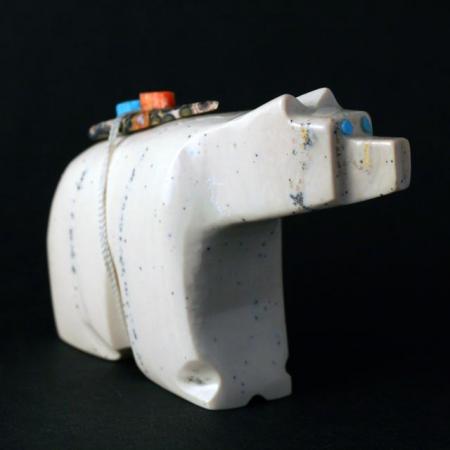 This serene Zuni Bear fetish is carefully hand carved from fishrock serpentine by Tony Laiwakete. The Bear measures 49mm in height and 75mm from nose to rump. Bear is adorned with a stone arrowhead for protection and offerings of coral and turquoise.

This serene Zuni Bear fetish is carefully hand carved from fishrock serpentine by Tony Laiwakete. The Bear measures 49mm in height and 75mm from nose to rump. Bear is adorned with a stone arrowhead for protection and offerings of coral and turquoise.