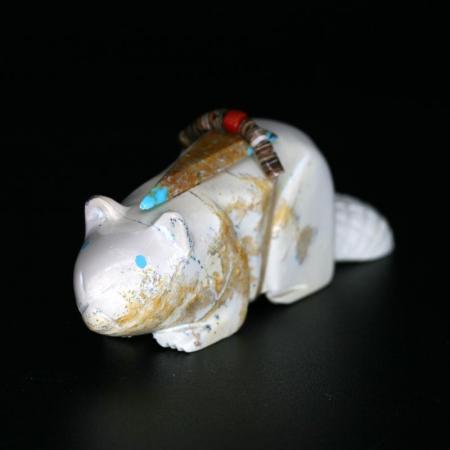 This busy Zuni beaver fetish is carved from fishrock serpentine by Alex Tsethlakai. Beaver measures 7cm from head to tail and 2.8cm in height.

This busy Zuni beaver fetish is carved from fishrock serpentine by Alex Tsethlakai. Beaver measures 7cm from head to tail and 2.8cm in height.