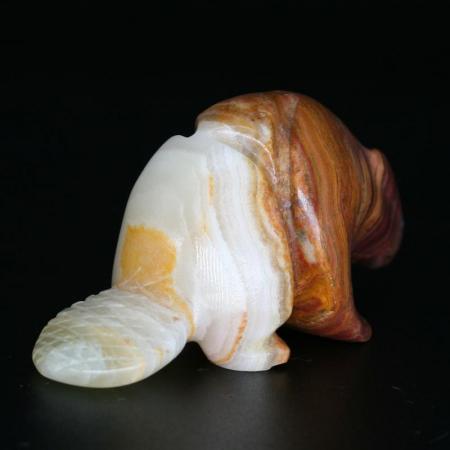 This busy Zuni beaver fetish is carved from onyx by Rosella Lunasee. Beaver measures 62mm from head to tail and 33mm in height.

This busy Zuni beaver fetish is carved from onyx by Rosella Lunasee. Beaver measures 62mm from head to tail and 33mm in height.