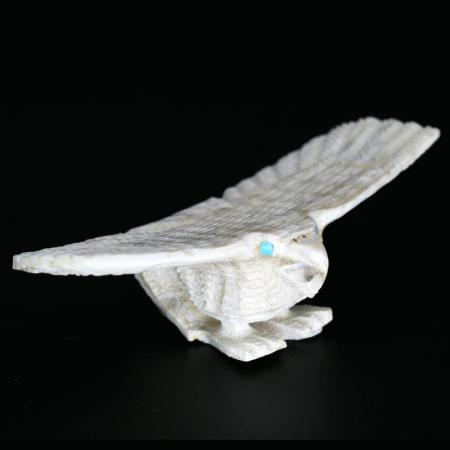 This characterful Zuni eagle fetish carving is handmade from antler by Garrick Weekya. Eagle measures 33mm in height with a wingspan of 92mm.

This characterful Zuni eagle fetish carving is handmade from antler by Garrick Weekya. Eagle measures 33mm in height with a wingspan of 92mm.