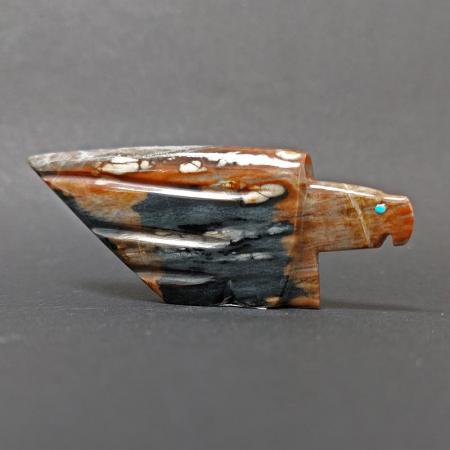 This splendid Zuni Eagle fetish carving is handmade from picasso marble by Ed Lementino. The eagle has bright turquoise eyes and measures 8cm from beak to tail feather tips and 3cm in height.

This splendid Zuni Eagle fetish carving is handmade from picasso marble by Ed Lementino. The eagle has bright turquoise eyes and measures 8cm from beak to tail feather tips and 3cm in height.