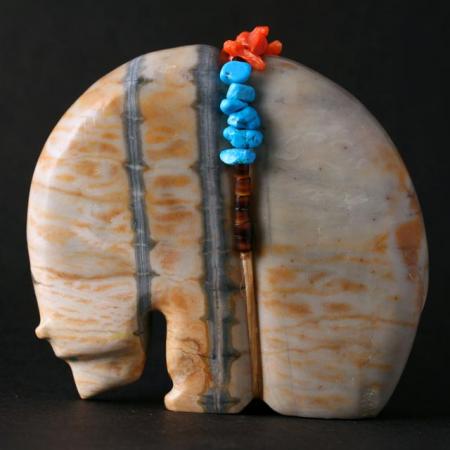 This Magnificent Zuni Medicine Bear is beautifully hand carved from Picasso marble by Paulette Quam. Medicine Bear measures 70mm in height and is adorned with offerings of red coral, turquoise and shell beads.

This Magnificent Zuni Medicine Bear is beautifully hand carved from Picasso marble by Paulette Quam. Medicine Bear measures 70mm in height and is adorned with offerings of red coral, turquoise and shell beads.