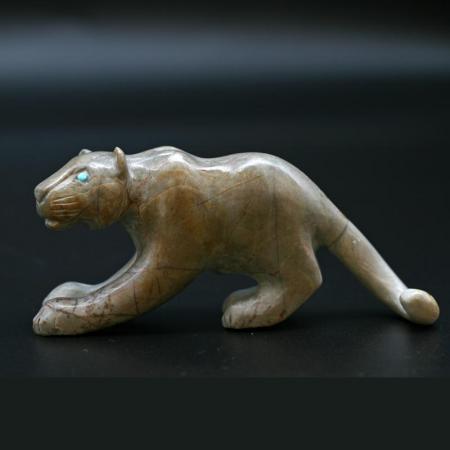 This powerful Zuni mountain lion is carved from Picasso marble by Clive Hustito. This splendid creature measures 9.6cm from nose to tail and 4.5cm in height.

This powerful Zuni mountain lion is carved from Picasso marble by Clive Hustito. This splendid creature measures 9.6cm from nose to tail and 4.5cm in height.