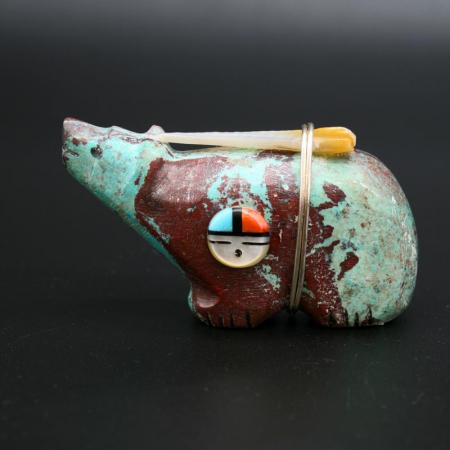 Zuni Sunface bear fetish hand carved from turquoise by Vernon Lunasee. Bear is adorned with a zuni sunface and protected by an arrow of mother of pearl. Bear stands 3cm in height and measures 6cm from nose to rump.

Zuni Sunface bear fetish hand carved from turquoise by Vernon Lunasee. Bear is adorned with a zuni sunface and protected by an arrow of mother of pearl. Bear stands 3cm in height and measures 6cm from nose to rump.