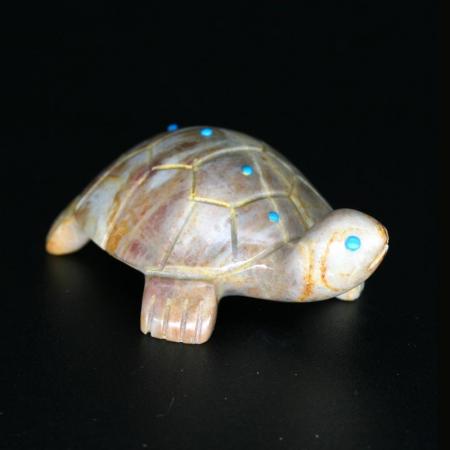 This delightful Zuni Turtle fetish carving is handmade from picasso marble adorned with turquoise by Vernon Lunasee. Turtle measures 4.5cm from head to tail and 2cm in height.

This delightful Zuni Turtle fetish carving is handmade from picasso marble adorned with turquoise by Vernon Lunasee. Turtle measures 4.5cm from head to tail and 2cm in height.