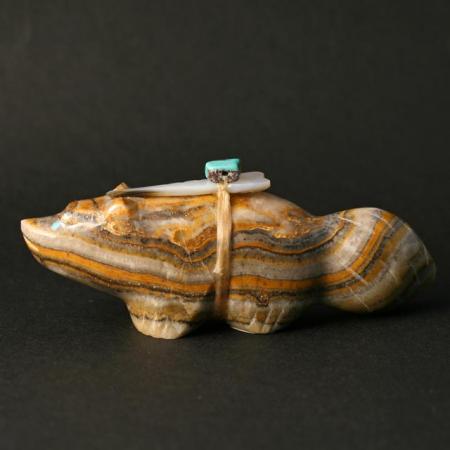 This wonderful Zuni Wolf fetish is hand carved from striped onyx by Leland Boone. The wolf is protected by a shell arrowhead and turquoise. It has turquoise eyes and measures 8cm from nose to tail.

This wonderful Zuni Wolf fetish is hand carved from striped onyx by Leland Boone. The  wolf is protected by a shell arrowhead with turquoise. It has turquoise eyes and measures 8cm from nose to tail.