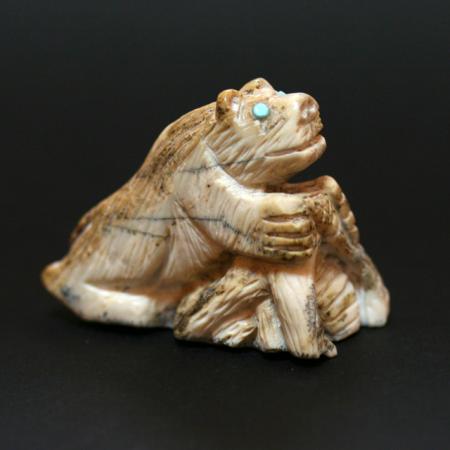 This crafty bear is peering over tree branches in pursuit of honey in the beehive suspended below. The bear is masterfully carved from serpentine by one of our favourite Zuni carvers Destry Siutza. This fetish carving measures 4cm in length and 3.5cm in height.

This crafty bear is peering over tree branches in pursuit of honey in the beehive suspended below. The bear is masterfully carved from serpentine by one of our favourite Zuni carvers Destry Siutza. This fetish carving measures 4cm in length and 3.5cm in height.