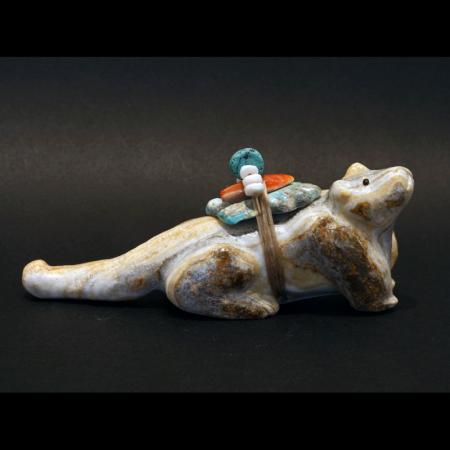 Today many Zunis make their living carving fetishes that are also exquisite works of art in their own right. Certain families and individuals are highly regarded in the tribe for their fetish carvings and their pieces are particularly are sought after by collectors. Hayes Leekya and the Leekya family are known for their distinctive old style fetishes.