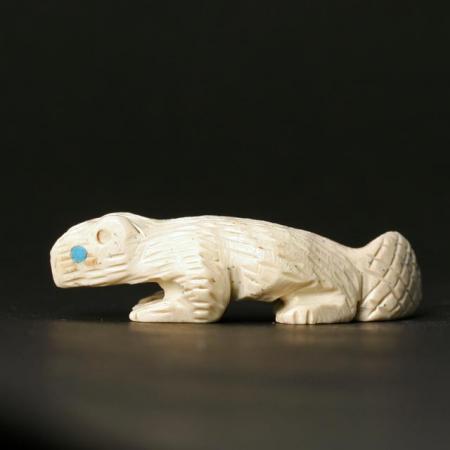 This fine Zuni beaver fetish is intricately carved from white fishrock serpentine inlaid with turquoise by Karen Zunie. It measures 39mm from head to tail and 1cm in height.

This fine Zuni beaver fetish is intricately carved from white fishrock serpentine inlaid with turquoise by Karen Zunie. It measures 39mm from head to tail and 1cm in height.